By 2030, there will be an estimated 578 million adults with diabetes. 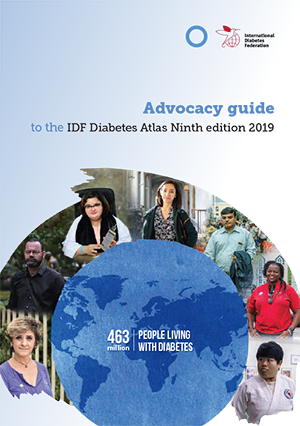 Diabetes is one of the fastest-growing health challenges of the 21st century, with the number of adults living with diabetes having more than tripled over the past 20 years.

A decade ago, in 2010, the global projection for diabetes in 2025 was 438 million. With over five years still to go, that prediction has already been surpassed by 25 million.

The IDF Diabetes Atlas is published as a resource for those who have to make decisions about diabetes care and prevention and for those who seek to influence such decisions. It is intended as a practical tool for all diabetes stakeholders. The information contained will help you to navigate the new edition of the IDF Diabetes Atlas, and to make convincing arguments for improving prevention and care for people at risk of, or already living with, diabetes.